The Audacity of Ill-Advised Diversity 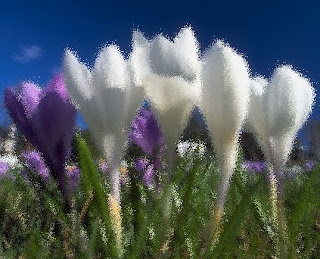 Here we go again. A horror story, this time at Fort Hood in Texas, and having once lived in Texas as an Air Force airman, I can tell you that Texans don't take kindly to this sort of thing. But no matter the state, we grieve for the murdered and their families, as we grieve for all servicemen and servicewomen who, all too often, sacrifice everything they have to give and everything they will ever own.
I once worked in a large Texas military hospital known for an impressive psychiatric section, so I certainly experienced no lack of psychiatrists running around every day, and some of them seemed crazy beyond crazy. If you reading this are, indeed, a psychiatrist or, even creepier, a psychologist, well, you already know about your personal demons and how screwed up and even crazy you may be yourself. So my first thought when the media reported that the good very bad doctor may be a psychiatrist was, oh no, a psychiatrist, no wonder this happened. After all, a local prominent psychiatrist I used to see around the hallways of a city hospital went bonkers and stabbed his wife with a big ol' conflict-solving kitchen knife in recent years, got off with a hand-slap and went back to emotionally cleansing patients under, um, minimal supervision, so very little surprises me anymore.
But we now know much more, and, surprising to almost nobody, radical Islam is the culprit. As in film noir, over the years we have come to realize that all we need do is round up "the usual suspects" because that's who we're dealing with in real life. You know, the ones who everybody knows should be checked at airports instead of the rest of us because government officials realize darned well who they are.
My government seems to have a problem understanding the significance of the term, the enemy within. This "alleged" mass-murdering medical professional was reportedly under official surveillance for quite some time and, frankly, should have been relieved of his duties months or years ago because my government knew exactly what reptilian skin this individual wore. Don't enlighten me with nonsense about him being the real victim here, not after my country paid handsomely for his medical education, not when he knew from day one that he signed up for an obligation. During WW II and other wars of the past, people like this would have been tried (maybe) and shot in the head, hanged or might experience a mysterious disappearance from which there would be no return. No excuses, no fancy lawyers, no audacity of dopes.
The overwhelming number of Muslims in the United States are good people who want no part of the monsters intent upon twisting and distorting their faith and if you read this blog regularly you know that I recently urged the young people of Iran all the best in their own fight with such devious, cunning and evil rulers.
The truth is, diversity isn't looking too hot right now, Mr. President, just in case you're reading this (well, that'll be the day). Just what do we want to tolerate as Americans? I believe most Americans have had it up to the proverbial here with exclusively university-trained, lily-livered legislators and negotiators who never spent a day in the military and have not a clue what real danger is. Somebody in Washington needs to hear, loud and clear, that there are folks in our country who need to be located, ripped out of their hiding places, quickly tried and, when warranted -- frequently, one hopes -- deported or destroyed with extreme prejudice. Imprisonment is such, oh, "old hat" in current circumstances, particularly because these little Islamic terror incidents crop up more and more here and abroad. Of course, I'm no expert, but it seems that justifiable executions of rabid vermin which can't even rise to the dictionary definition of cockroach are warranted.
The lone gunman. The lone psychiatrist. The lone radical Muslim. Add it up any way you wish, "lone" seldom means what those with a political agenda try to spin. What a wonderful time to not waste a crisis, to quote, um, somebody or another, and instead to tell Washington officials to take political correctness and shove it up where the sun doesn't shine -- if there's still room with some leaders' heads and brains clearly shoved and lodged so far up those crevices already. Lives will depend upon it.
Oh, just an afterthought, but, while you legislative folks are at it, start thinking of nice, polite ways to deny anything and everything to illegal people who really to need to pack and get their criminal butts out of my country. I know, I know, different subject, same time of day.
The games are over, and before one more dedicated young military officer or enlisted person, cop, fireman, or FBI agent puts his or her life up for grabs in the service of his or her country, the appropriate factions of this government must go all out to assure maximum safety. If that means putting a little "diversity" aside, that's just too bad. What good are diversity and pleasantries exchanged during Washington cocktail parties, when the most truly and dangerously diverse amongst us here in the USA endeavor 24-7 to destroy us? Do something, and do it quickly. The time for hand-wringing and worrying about sugar-coated official legacies for the history books must wait.
Posted by Robert Barrow at 12:04 PM