The Newfield and Ithaca, NY areas played a major role in one of my earliest blog entries. You may recall that, as a teenage UFO researcher in the mid-sixties, I not only became aware of alleged UFO activity in those areas, but was also contacted by and remained in touch with an Air Force intelligence officer who came to town and maintained (in my opinion) a peculiar interest in both the sightings and some apparently dishonest civilian "investigators." Things became even stranger when representatives of the Colorado University UFO study apparently snuck into town, hoping, unsuccessfully it seems, to stay out of the publicity spotlight. When all was said and done, I was left with few answers and enduring confusion.
In the years since, from time to time I learned of other Newfield/Ithaca mid-sixties UFO activity, and I know there are other stories out there yet to be told, though most will never surface merely because of time's passage. I don't know what to think, previously or now.
A few days ago, however, I received a very interesting personal account of some unusual occurrences involving a man named Mark, who was then a teenager in 1960s/1970s Newfield, and he kindly allows me now to share his experiences with you below. If UFO events are involved here, the experiences seem almost peripheral to everything else -- nevertheless, as we have seen time and again, the literature is not unfamiliar with accounts of UFO sightings which seem related to other phenomena. What does it all mean? Again, I don't know. As the title of a song by The Moody Blues suggested years ago, "Isn't Life Strange?" Mark's account (I seem to hear from a lot of people named Mark. . .), intact except for a minor edit I made here and there, is as follows, and I thank him profoundly for sharing a little more of Newfield's strange history with us than we previously knew: 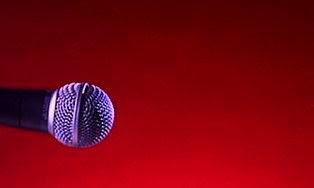 Famed radio commentator Paul Harvey died a few days ago at age 90. I'm not sure it would have been a surprise, had he signed off earlier at age 80, 70, 50 or 32 1/2. Did the late Coral Lorenzen not warn me after her husband Jim's death that when a spouse dies the other often follows soon thereafter (as did she)? Harvey's wife passed on last year, so Coral's advice waxed impeccable.
Paul Harvey turned out his folksy radio news shtick for decades. Those daily nationally broadcast sessions offered his faithful audience a thumbnail of current events, from the serious to the silly. Some of his material exuded the odor of absurd tabloid stuff, probably intended to keep us listening, while other items were obviously reported solely because he wished to add his personal editorial comments. Harvey transported to our current day the voice and inflections of radio's golden era, a time never to be heard again, served up with a cacophony of bad news, good news, funny news and just news news. One thinks of Walter Winchell and Jimmy Fiddler and Hedda Hopper and a bevy of other radio voices preceding them whose familiar talents built the radio broadcast industry word by word, tear by tear, laugh by laugh.
Yes, Harvey also pitched some questionables over the years, and his familiar commercials for eyesight enhancements and health supplements irritated some in the medical field (for instance, Dr. Dean Edell, "America's doctor" of the radio, who occasionally refers to Paul Harvey sarcastically as "Dr. Harvey"), but hawking such products seems always to have been the norm for national radio broadcasts, especially back in the early days of radio soaps.
I wouldn't be gushing so about Paul Harvey, were it not for his ability to at least report about the weird things, the borderline probability of seemingly wild improbables. One can just imagine the hush settling momentarily over his national audience, every time he turned an adjective into a noun and alerted his listeners of something different with three little words out of place enough to give us a little chill: "Here's a strange."
Often, that "strange" involved a UFO sighting, and long after the radio days of Frank Edwards and Long John Nebel, Paul Harvey remained as a national daytime radio voice to bother with such matters, considered too obscure, crazy or beneath them by other daylight radio hosts with a long reach.
By now, some of you surely believe that the only UFO incident I care about is the alleged Hickson-Parker abduction. This is not true, but the incident does matter in the flow of things. Paul Harvey and his people recognized its importance, too, because soon after Natalie Chambers of the Associated Press revealed to the world a few years ago the names of new witnesses who quite possibly watched the large UFO swoop down where the two men were fishing, Paul Harvey repeated the story.
On a Friday broadcast, he tipped listeners off, inviting them back the next day for his Saturday session, and when Saturday's 15-minute broadcast hit the nation he spent much of it recounting the Hickson-Parker saga, discussing its new former Navy witness who came forward with even more names of those who watched an absolutely bizarre craft cruising low in the sky, descending near the Pascagoula River at the same approximate time as the abduction.
Harvey told the story, plain and direct, conjuring no laugh factor because there was no laugh factor. Like the title of Paul Harvey's other popular national radio show, the Hickson-Parker update was indeed "the rest of the story," and we hope that the additional credibility and attention paper-clipped to Chambers' report by Harvey endures, along with his broadcast legacy.
Posted by Robert Barrow at 1:03 PM