Shuffling Off To Mars (Yawn) 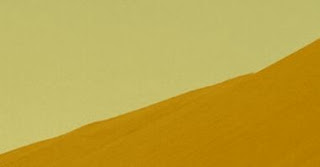 Oh, go to Mars, see if I care. I mean, I do care, but before we spend a billion or two scooting off to the red planet with obviously superb technical know-how, would somebody with current high-level U.S. government authority puh-leeeeeeeze publicly acknowledge the science of UFOs? We UFO research folk aren't getting any younger, you know. In years past, an uncomfortable, yet predictable, number of NASA scientists and engineers (Alan Holt, for one) have spoken out or written books affirming their conviction that UFOs are a phenomenon in serious need of investigation. NASA and other government concerns cannot -- must not -- simply shirk off the statements of key space agency personnel by saying things such as, well, they have a right to their opinion but we disagree, etc., etc. Enough with the pompous nonsense already.

It seems that every few months a different country releases UFO files more than impressive enough to make us say wow, so, for the sake of all that's real, would somebody highly official in the USA please tell us the truth? Take a tiny fraction of all those millions of dollars we already can't spare and spend them on UFO research. Whatever our government knows about UFOs, I expect there's plenty more to learn.

Find out what's behind UFO existence and propulsion, and I'm thinking a manned trip to Mars and beyond could be a lot more interesting and different than currently anticipated. Maybe cheaper, too. Let's find out once and for all, because all the evidence indicates there's scientific gold in them thar UFOs.
Posted by Robert Barrow at 12:54 PM 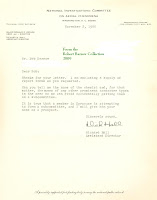 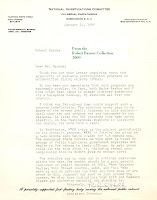 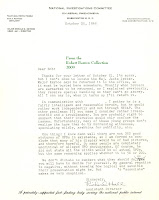 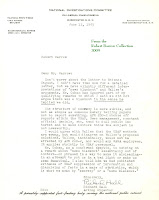 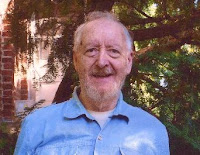 Richard Hall (see link) possessed a philosophy degree from Tulane university, so perhaps he would have been the first to understand my "logical" progression from reading books about UFOs in 1963 to becoming a member of a UFO organization in 1964.


He was the assistant director of that organization, NICAP (see link), and from the moment I discovered its existence in Washington, D.C. I was sending him letters incessantly. To both his credit and patience, he generally answered each and every one, no matter that I was a very curious and annoying teenager whose constant inquiries would surely have been dismissed by a lesser individual. Early on, Richard's careful approach, outlined in his books and during his editorship of NICAP's UFO Investigator, taught me the value of caution in endorsing or rejecting UFO cases.


Extensive biographical information about Hall can be found at Kevin Randle's blog site (see link), and Randle also includes a great life's summary from researcher Larry Bryant, so there's no need for me to rehash what's out there already (and it should be noted, too, that he involved himself with editorial duties for the International Fortean Organization's INFO Journal for a short time). From my perspective, however, I note that Richard was the first UFO researcher I ever contacted and I was better off for having the opportunity to tap his knowledge. As mentioned on previous blog occasions here, I actually met him in person during a 1965 trip to Washington, and on that warm summer day I also spent a few minutes with NICAP director Donald Keyhoe. Though the country was engulfed at that time in an abundance of UFO reports, causing chaos at the small NICAP office, Richard kindly took the time to gather some documents together for me, souvenirs of that brief visit.


When the impressive Northeast power blackout occurred on November 9, 1965 in conjunction with numerous reports of UFOs, Hall was available by phone and correspondence to guide me through the gathering of reports. When he discovered that the Pentagon's Air Force spokesman, Maj. Maston Jacks, sent me a letter referring to the 1964 Socorro, NM UFO as a "vehicle," he broke the story in The UFO Investigator. The first time I ever had a chance to write for a national magazine in the seventies, it was Dick Hall and Jim and Coral Lorenzen who put in a good word to the editor on my behalf. If I harbor any regrets, one that comes to mind instantly is my inability to review the copy of his book, Uninvited Guests that he sent me several years ago, because the Society for the Investigation of the Unexplained (SITU) and its journal Pursuit, which I wrote for regularly, crashed before I could submit a piece.


If we multiply the good things he did for me by the multitude of great things he did for others interested in UFOs over the years, it's clear that Richard Hall was the man, the very essence of what UFO researchers should be. Unlike some, he never expressed his message with shout-downs and ridicule. Instead, he relied upon truth, logic and effective communication skills. His was the cool head, adorned with a cohesive train of thought, evidenced no better than in the outstanding editorial precision he exerted upon The UFO Evidence, a sober document given to every member of Congress in 1964.


Years had passed, many years, and the last time I had any contact with Richard was in 2007, when we exchanged a few e-mails regarding the death of Al Chop. He wanted to write an obituary for his own UFO journal and was soliciting whatever information might be available, though he did have a small file on Chop that he couldn't locate at that time.


Richard Hall's absence, I fear, will encourage the usual charlatans crouching in wait to fill the void left when he passed, taking rare integrity and insight with him. Goodbye Richard, we'll miss you and your profound contributions to UFO research. Aren't many like you left out there.


(ABOUT THE LETTERS SHOWN HERE: The June 11, 1965 letter refers to Daniel Cohen, then the very UFO-skeptical editor of Science Digest. UFO researcher Jacques Vallee is mentioned as well. The October 25, 1965 letter mentions a couple of people attached to the UFO research community, as well as the disappearance of a letter I loaned to NICAP (yes, they eventually found and returned it). The January 24, 1966 letter was written by Richard as a favor, intended to be seen by others, when I attempted to interest radio station program directors in presenting a weekly UFO show (which never happened, despite the letter's examples of success). The final letter, dated November 2, 1966, came about because a group of Central New Yorkers, more concerned with wild flying saucer contactee stories than UFO facts, tried and almost succeeded in organizing a local NICAP relationship -- until their cover was blown.)
Posted by Robert Barrow at 2:40 PM 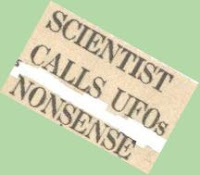 My decision to scan a great quantity of old newspaper and magazine clippings about UFOs, science and the "paranormal" before they crumble into confetti gave me an opportunity to conduct a mini-review of the way editors approach these topics. Without actually reading the articles, we can often determine editor and publisher viewpoints simply by reading the headlines. It was once common for newspapers to employ headline writers, experts in their own right who composed just the right words to attract folks who might plunk down a few coins to read more about the subject at hand as well as --the real bonus -- advertisements inside the publication.


While UFO researchers should be profoundly grateful that so many editors around the world see fit to record for posterity instances of dramatic and truly puzzling UFO activity, we, unfortunately, also bear witness to those who recklessly, foolishly or intentionally help muddy the waters of public opinion about a legitimate scientific mystery.

Headlines, as you can see here, often betray the supposed impartiality and accuracy (UFOs are not just a U.S. phenomenon, for example) that faithful readers anticipate, and skeptics/debunkers are always welcome, no matter their personal levels of ignorance. Why, we might ask, don't newspaper editors offer up similarly absurd headlines when, say, a family of four perishes in a bloody highway accident? Your local newspaper will never print a headline like this:


HEAD OF FAMILY LOSES HIS IN SPECTACULAR INTERSTATE HIGHWAY CRASH.


The thing is, that sort of headline would instantly raise circulation, supported by a curious, if not outraged, public -- and that's why some news editors will never stop appealing to the absurd when printing articles and headlines about UFOs. Annoying but true.
Posted by Robert Barrow at 1:27 PM

Former U.S. Secretary of Defense (under LBJ) Robert S. McNamara died this week. It's worth noting, aside from his problems during the Vietnam conflict, that he was asked about the UFO issue in March of 1966 while testifying during closed congressional sessions on a foreign aid bill. A few weeks later, after the proceedings were declassified, the public learned that McNamara thought there was nothing significant about the UFO subject and that photos of UFOs were "illusions." Well, so he said. One suspects there may have been more than a few military and airline pilots and radar observers who strongly disagree.
Posted by Robert Barrow at 2:48 PM 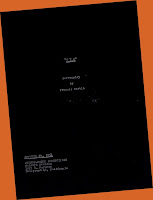 My consistently hollow promise to elaborate on the script for the 1956 movie, "U.F.O." should soon become a promise fulfilled (see link in margin). We'll explore the script's original words and the changes made when production began. Keep watching over there.
Posted by Robert Barrow at 2:02 PM