Even after the 1970s had drawn to a close, leaving the public with memories of such movies as "Close Encounters of the Third Kind" and "Star Wars," the theme of aliens and space fiction remained popular among artists of many persuasions during the following decade.

In November of 1980, this curious magazine advertisement for Delco-GM car speakers was making the rounds. An artist's impression of Mars, perhaps, with red sky and red surface? Unidentified flying speakers in the sky, including an unintended George Adamski "scout ship" motif on the left? A "2001: A Space Odyssey" style monolith speaker imbedded in the ground?

What a pity, how so much otherworldly ad art mildly suggestive of UFOs becomes quickly forgotten after serving a specific purpose. Yes, saucers sell, but for some peculiar reason the fantasy usually attracts more public interest than the evidence.*

* Per new blogging guidelines, I probably should mention that I'm neither endorsing the product in this advertisement, nor being compensated in any way for posting it -- not that in-vehicle audiocassette or citizen band radio speaker systems are exactly burning up the world of high-tech more than 30 years later. Nor, in my explicit defense, is this an endorsement of contactee George Adamski, any contactee who ever wrote a book claiming a relationship with social events and civilizations on planets in our solar system, or photos of vacuum cleaners disguised as purported flying saucers in general. Hmm, yeah, I guess that covers it all.
Posted by Robert Barrow at 12:02 PM

Forgotten But Not Gone

Weather in the Northeast has slowed my blog activities, but that's really to your advantage because you don't have to endure my @^%$#@*& about political issues. I do have some things I want to post, and that will happen as soon as a thaw occurs. O' course, that may not be until after the new Ice Age. Be sure to check in now and then, and always catch up with the links displayed here. -- Robert
Posted by Robert Barrow at 12:14 PM

It wasn't because of Democrats, Republicans, liberals or conservatives. Indeed, even the analytic powers of a butt-sniffing junkyard dog would have told us immediately that the Arizona shooter was mentally disturbed. There is no worthwhile story behind the story, unless one deals with mental phenomena, but that hasn't stopped the national media and political pundits from diving deep into their blood-drenched sideshows.

More gun control! More ammo control! Less freedom of speech! Stomp out political talk shows! Remove words from the dictionary! No more images of targets, nooses or anything potentially offensive to those who make a living out of being or pretending to be offended!

And now certain members of Congress are rising out of their insignificance, as they often do, suggesting tweaks and changes to basic American freedoms -- all because a young man long disconnected from anything resembling reality ignited after a long, slow burn. The horrors perch upon his shoulders, not ours.

Interesting, too, how the press falls in love with mass murder incidents, yet can't spare more than a chuckle when multiple witness UFO abductions come to light. Or UFO incidents at nuclear power plants and missile bases. Or Stephenville. Maybe because there's no blood. Maybe because there's no bizarre mug shot. What's a little radar between friends when instead one can access All The News and see the face of a crazed killer? Worth a thousand words, you know.

Once again, the efforts of a lone gunman offer questionable license for political and media opportunists to threaten everybody's basic freedoms, and if they can't do it with legislation, they'll attempt it through regulation. Beware.
Posted by Robert Barrow at 1:03 PM

Blackbird (Not) Singing in the Dead of Night 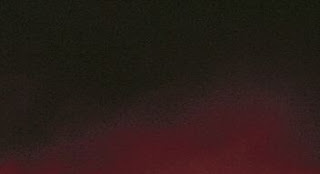 Thousands of dead birds in Arkansas (and Louisiana and Kentucky and. . .?), sprinkled about, their carcasses followed predictably by predatory experts who swoop out of the sky in pecking order, tweeting in unison, "I know what! I know what! Awk! Awk! Everybody craves ideological carrion at appropriate times.

First, the cause just HAD to be fireworks from somewhere. Then it MUST have been an errant thunderstorm, maybe with some hail. Probably was, could have been, might be, not quite sure but. . .

And why were blackbirds -- just blackbirds? -- flying in the night sky by the thousands? Shaken out of trees? Accelerated into a mystery sky by fear, by wind, by a downdraft, by an updraft?

I'll add my two cents to the explanatory recipe, why not? Maybe 'twas mischievous poltergeists throwing stones to relieve boredom of the centuries. A penchant for blackbirds. Only?

Blunt trauma? Perhaps that happened when they hit the ground or other obstacles. Perhaps it was mass bird suicide, as the troubled flocks beat themselves with sacks of potatoes so few external marks would show. Maybe they wanted to die pretty.

Is Charlie Fort in the house? Can time travel return us to the days of a relatively sane International Fortean Organization? Any chance of digging up the bones of the Society for the Investigation of the Unexplained and giving it a new paint job? Instead, we cower at the mercy of debunkers who can, and will, explain everything. Maybe this time they can. Maybe deadly storms caused by global warming or global cooling or global word-of-the-day were the culprits.

Internal bird organs destroyed, livers crushed. For a change, is there no evidence of burning from within? Can microwave energy be excluded? Should I pull my old UFO ultrasound articles out of the swamp and flush away the mold, just in case crackpot science becomes respectable again?

So perhaps the birds were frightened by the beginnings of some force intent upon creating a crop circle and they, sadly, were pounded by its ferocity. As stalks of vegetable matter in crop enigmas are seen to be damaged from inside-out, maybe feathery innocents were mistaken for a crop, though the circle part didn't work out well at all. Internal burns, or not?

Or that a black triangle cruising low over the land mistakenly but specifically sucked up red-winged blackbirds, its propulsion system causing great internal trauma.

Oh, but, protest the experts, multiple bird deaths are nothing new. No, they are not, but if a weirdo storm caused this level of horror, why aren't such incidents happening all the time, raining dead birds, bovines or marsupials all over friendly welcome-wagon neighborhoods?

Where was it -- Tennessee? -- a few years ago, when something happened during daylight hours, causing dead, extensively burned birds to fall from the sky? Local radio station people put pictures up on a Web site, maybe it's still there. That incident's explanation, however, really tended toward government or hush-hush industry experimentation. Clear blue sky that day, if memory serves.

Ah, so maybe Arkansas actually encountered the entrails of a failed -- or successful -- crowd control experiment, where military spooks went Ultra on an unbridled aviary intended to represent the rest of us down here on terra not so firma.

Still, we scratch our heads over that incident in the town of Fenner, NY, a year or so ago, where one towering member of a windmill farm toppled over in the dead of night, and despite months of investigation nobody knows why. The structure appeared normal from top to base.

Things don't seem to be going well for either living or inanimate objects sharing the skies anymore. For those who fly a lot, for their sake I hope scientists find out really, really soon what can crush the innards of multiple birds flipping around in dark skies for no logical reason. Otherwise, worries over in-flight terrorists and obese people requiring two seats may be the least of air travelers' worries. Yet, flying is safer than driving, you know. Or it was. Happy New Year.

CAPTAIN HONORS, Sir: The Navy should have left you alone. But somebody always has it in for somebody else. Why the "inappropriate" video showed up years after the fact is interesting politically. I'm 100 percent for young gay people joining the military, am not much for gay jokes, but I also have a sense of humor. I suspect, despite your offbeat and "offensive" humor -- and dumb skits -- that away from the camera you evidenced respect and deep admiration for every Navy member who served honorably under your command. Considering (as a veteran) that military forces ultimately exist under clouds of perpetual danger, I have no problem with over-the-top laughs when you can get them during tough or boring weeks of duty. Too bad your politically correct detractors didn't remember the movie or TV series, M*A*S*H. Agenda and publicity-driven wussies in the U.S. enjoy nothing better than toppling valuable military leaders. Good people serving under you will miss your command, and I dare suggest that the clueless or vindictive who know little about the great things you've accomplished during your career couldn't care less. A curse upon them all.

CONGRATULATIONS TO CLEAR CHANNEL Syracuse (NY) for demonstrating once again that innovation in local broadcasting often equates with the word, boneheaded. Perhaps embarrassed by the riches of ownership of several Central NY radio stations, these folks have now taken to playing a game of musical airwave chairs, perhaps out of desperation. For reasons best known to themselves, management relegated the programming and forgettable music on one of their FM stations to a likely money-losing former sports station's spot on the AM band. Next, they extended the once-upon-a-time great AM station WSYR to the FM band, probably to reach more listeners in other directions. Now, instead of hour after agonizing hour of boring and lackluster programming on AM, one can double his or her appreciation of the same spotlessly utter poop by tuning to the FM version for a simulcast. At least now, assuming they run baseball games on the FM band, perked up listeners might hear pitchers spitting out tobacco wads this summer in exciting stereophonic splendor. Sounds to me like Clear Channel Syracuse doesn't know what to do with its abundant kingdom of crappy AM and FM stations, and REAL innovation is just too far out of the box for management to grasp. Instead, apparently kept alive thanks mostly to sponsored partnerships with local auto dealers, home builders and others who possibly dictate more about programming than should be allowed , CCS feeds the works to listeners who expect nothing and even less, and that's what they get. The jewel of CCS's AM programming remains a four-hour afternoon talk show so devoid of ideas now that pre-recorded interviews from other shows or its own of the same day are promptly repeated (um, so that listeners who tune in late won't miss anything, uh huh. . .). When, day after day, the best a local uninspiring host can offer is to interview the mayor, the police chief, the school administrator, the priest, the hysterical parent and other over-exposed locals, the premise wears thin to all but the most patient of tuners-in. One wonders if the CCS profit margin has suffered in the current economy, though expectations must be high, now that green zombies have returned their attention to revitalize the Syracuse and Central NY area corpse, while residents wisely escape to other less-taxed states by the score. Unfortunately, to me, the stench of unimaginative and sterile corporate-sanctioned broadcasting hangs over Central New York 24 hours a day like odors from a rendering plant hungrily consuming wasted talents and the brain-dead.
Posted by Robert Barrow at 5:59 PM