(Don't) Send in the Clowns 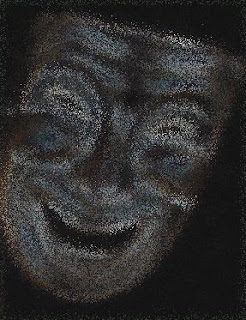 What's that? You say you looked for UFO books in your local library and all the dusty shelves held was a well-worn copy of My Trip to Mars, the Moon and Venus by Buck Nelson, and a couple of deservedly ignored volumes by the late Phil Klass?
With the economy in turmoil, maybe you'd like to purchase some good books about UFOs, but can't afford them, nor do you know what titles to choose.
Well, there's a temporary solution as close as your keyboard, and all you need to do is click on the NICAP link in the margin (that is, the link for the National Investigations Committee on Aerial Phenomena). Once there, click on the section offering free book downloads and you'll be on your way to sampling some very worthwhile history. A few of the classics.
For starters, there's 1964's NICAP document, The UFO Evidence, the landmark report sent to every member of Congress to alert them of the UFO issue's serious nature.
Ufology, by James McCampbell, addresses the possible relationship of UFOs to microwave energy and other power fields. UFOs: A New Look is a classic NICAP publication dealing with UFO evidence. Ted Bloecher's Report on the UFO Wave of 1947 superbly covers a year important to early UFO history.
Maj. Donald Keyhoe's first UFO book, a 1950 paperback entitled Flying Saucers are Real is also available as a free and instant download, as is Leonard Stringfield's early publication, Inside Saucer Post. . .3-0 Blue. The original sixties Congressional symposium on UFOs is here, as well as Capt. Edward Ruppelt's 1956 book, The Report on Unidentified Flying Objects, involving his work as chief of the Air Force's Project Blue Book.
Don't miss Alfred Loedding and the Great Flying Saucer Wave of 1947 by Michael Hall & Wendy Connors, and Francis Ridge's Regional Encounters. Max B. Miller, an early UFO researcher, produced the classic, Flying Saucers: Fact or Fiction? which includes some interesting photos.
Be sure to check for click-on sections in blue indicated for some of the entries, as additional relating information may be available for free downloading.
Voluntary donations are always appreciated to help keep this not-for-profit educational site up and running under the guidance of researcher Francis Ridge, but accessing its contents is always free of charge.
During your visit to the NICAP tribute site, be sure to read more about the organization's accomplishments, affiliation with key personnel, detailed UFO reports and a virtual treasure chest of all the aspects of UFOs in need of a serious scientific investigation. NICAP may be history, but its goals and discoveries are more relevant than ever.
Posted by Robert Barrow at 5:57 PM 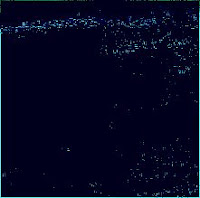 Okay, I get it. The nation bit its fingernails over fears that a six-year-old boy had climbed aboard a balloon in Colorado and, of course, we're all relieved that this peculiar-looking balloon actually enjoyed a childless solo flight, no matter the curious circumstances. Yet, oh, how the press danced in the televised media ballroom, thrilled to show a mushroom-shaped "flying saucer" whizzing across the skies of Colorado. How graceful! How beautiful! How dangerous! How amazing! How high! How low! Wow, it's not even a Mogul project!
Sadly, however, the bonus wasn't there. Nobody clinging to the balloon, audibly screaming in fear, nobody performing aerial acrobatics while in free-flight, nobody perched atop the thin fabric like James Bond ready to do battle on the Golden Gate Bridge. How disappointing! What a let-down! How come nobody's waving at the camera?! Ms. Peggy Lee herself might have been tempted to shake her head and belt out a song: "Is that all there is? Is that all there is to a rampaging balloon?" And the press could have responded: If that's all there is, my friend, then let's keep dancing. . .
Perhaps it's true, contemporary journalism classes really are turning out the adult version of TV babies, charged with an ability to investigate little more than shiny hypnotic images capable of rendering them senseless, hopelessly entwined in the pitfalls of brain function deprivation.
This isn't exactly a Ph.D. level observation, but'cha know I watched this freaking balloon video on TV "news" shows long, long after the biggest story in the country deflated -- pardon the balloon comparison -- to a major non-story, and I thought, yep, things are normal. For decades, all manner of high-ranking and impressive active duty and former military personnel have come forward and described fantastic encounters with things in the sky exhibiting characteristics far more incredible than the flight of a helium balloon, but Big Media just won't or can't be bothered to shout out a big "Hey, lookee here!" regarding that untidy elephant in the living room. The Colorado balloon was so. . .so. . .well, there were close-up telephoto videos and motion and the thing was spinning as if Dr. F. Anton Mesmer himself had invented the damned thing so the whole nation could fall into a trance.
So, innocuous balloons are welcome to flit about in the skies, posing for expensive photographic equipment and grown-up TV babies, and while everybody's sending instant images of nothing special to the media the sober voices of former military personnel warning that UFOs have the capacity to screw around at our nuclear missile bases go unheard, unheeded. I get it. Who wants to listen to this stuff when it's such fun to watch balloons spin and cruise overhead, or to discover animal faces in the clouds?
Look, I'm glad a kid wasn't in the balloon, because he wouldn't have had a prayer, not this time, not like on TV dramas ripped from the headlines where everything makes sense. I just wish the mature professional TV-baby journalists would put a little more effort into checking out other things in the sky, weird, usually off-camera stuff capable of intimidating military installations and confounding official personnel.
Big Media already has a public relations problem, a.k.a. down-home credibility, and someday that problem may escalate faster than a helium balloon set at warp-speed when the most untold news story ever untold hits the streets. When words matter more than videos or color graphics, who will give us the truth and be bold enough to demand answers? What will TV-baby journalists do? How will they cope? Who will change their diapers when scary government people tell them to go away?
(Jake Tapper, thank you for being you.)
Posted by Robert Barrow at 1:17 PM 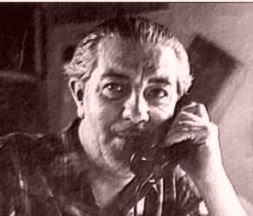 Imagine barely reaching your teen years in the seventies and taking full advantage of an opportunity to visit and indulge in a learning relationship with the famous naturist Ivan T. Sanderson, while acquiring some great photos and recorded audio as a bonus. That's what veteran technology editor and writer Richard Grigonis recalls in his Web tribute to Sanderson at http://richardgrigonis.com/

I've posted very little on this blog about the late Ivan T. Sanderson, whom I never met. Versatile in many areas of both education and experience, and a prolific writer, Sanderson also created the (defunct) Society for the Investigation of the Unexplained (SITU), of which I remained a member and writer for its journal, Pursuit, until the organization eventually fizzled out under the increasingly troubled care of the late Robert Warth years ago.
Although my exploration of Grigonis's tribute section has barely begun, it's instantly apparent that he sees Sanderson in his own unique way, and I encourage Sanderson's many admirers and researchers to visit "Zippy" (yes, Zippy) Grigonis's site and delve into multiple chapters (some 47,000 words to date, by his estimate) already posted about Ivan, a man whom some still view as a mystery. Mr. Grigonis hosts a continuing project, so be sure to consult his Web site regularly for more about Sanderson's life, work and encounters with a (thankfully) very curious young man in search of Ivan the human. (Sanderson photo via Richard Grigonis's Web site).
Posted by Robert Barrow at 1:48 PM 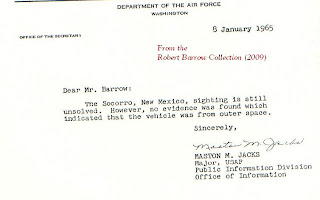 The marriage remains troubled, but the divorce hardly seems imminent, primarily because neither the "other" man/men or woman/women are palpable by name.
I refer, of course, to the Socorro, New Mexico UFO case of April, 1964, involving patrolman Lonnie Zamora and other possible witnesses, fellow police officers, U.S. Army and Air Force investigators, Dr. J. Allen Hynek himself, civilian UFO investigators and a cast of untold multitudes when all was said and done, or undone.
The RRR Group, seemingly intent in the long haul upon giving the old heave-ho to the Socorro incident once and for all, now approaches history with a new bend -- that, this time, the whole thing was a hoax perpetrated by university students. For the evolving details, go to (and particularly watch for reader comments following the story) Frank Warren's UFO CHRONICLES Web site using the link in the margin, or click here:
http://www.theufochronicles.com/
and in his search engine at the top type in the word, Socorro.
On this occasion the RRR ice men cometh with interesting documentation via respected researcher Anthony Bragalia, but no names of those (allegedly) directly responsible for pulling off one hell of a prank. A balloon? Hmm -- weren't the small figures (now supposed prankster university students) observed by officer Zamora noted to disappear before it took off with a roar? So now we have everybody not only presumably escaping (in a balloon?) somehow, but the balloon had the curious ability to fly against the wind and be seen by other witnesses who continued to believe a UFO is a UFO is a UFO. And. . .how about that desert dynamite shack at the scene, would anybody in their brilliantly right hoaxing mind attempt to pull the cactus wool over a patrolman's eyes by staging the event near a potentially explosive source?
The questions linger, the Socorro skeptics and proponents rock on and little has changed. And, oh, for laughs here, once again I'm throwing in my 1965 letter from the Air Force regarding the matter. USAF spokesman Maj. Maston Jacks references Zamora's UFO as a "vehicle," but cautions us not to worry because, unidentified or unidentifiable vehicle though it may be, it wasn't a tin Lizzy driven by the usual extraterrestrial scofflaws.
In an odd way, and I do appreciate Mr. Bragalia for bringing his work to the forefront, I'm hoping that the prank solution holds up, lest we endure yet another explanation, perhaps a mad scientist's theory that Zamora's roughly egg-shaped object really WAS an egg, a gift from the residents of Alpha Centauri -- a giant extraterrestrial chicken egg piloted by vacationing Centaurians that turned hazardously rotten after a long, long journey and exploded in the desert heat, sending its remnants into the wild blue. Remember, too, the old movie, "20 Million Miles to Earth." Eggs can be both mysterious and deadly. Take heed, RRR Group, this theory awaits your attention. Next time.
So, just what happened in Socorro on that April day, a day I remember well as a 15-year-old lying outside in the yard, gazing upward while listening to a transistor radio crackling with a succession of news snippets regarding a UFO incident far away from my home in New York State? Important questions remain, and they aren't going away just because some folks wave their skeptical wand over a document, intent that the end is near. Neither turkey vultures nor Judge Judy would bother picking over this potential ado about nothing. Names, gentlemen, names and their personal how-to lessons are of the essence, thank you.
Posted by Robert Barrow at 12:36 PM