Ain't That a Kick in the Head?

Heads don't make very good crash test dummies, particularly when attached to living bodies. Unfortunately, this is an era infamous for head trauma, whether on the battlefield or the athletic field.

In the older literature, one special case involving a head injury towers above all others, and almost certainly you're at least marginally familiar with it. Maybe while growing up you saw it depicted in a "Ripley's Believe It Or Not" newspaper cartoon, or perhaps you read about it in one of any number of books or magazines exploring the strange and unknown. Should you be a physician or specialist with a background in neuroscience, surely you became fascinated with the incident as you pursued your medical education.

But why mention the strange case of one Phineas Gage here at all? Well, because those of us with an interest in Fortean (ref. Charles Fort on the Internet) subjects are well aware of the Gage story, and now another piece of this bizarre little event has emerged.

At the young age of 25 in 1848's Vermont, as a railroad crew member, Gage was using a tamping iron to pack explosive powder into a railroad bed hole when the mixture exploded, instantly propelling the 43-inch-long iron rod through the man's left cheek, into his brain and out through the top of his skull, coming to rest several feet in the distance. To everybody's amazement, he survived the injury with residuals of a blind left eye and some curious and annoying neurological changes.

Smithsonian Magazine for January, 2010 (the cover is shown here) features a compelling little article by Steve Twomey, who not only updates Gage's story, but also offers an incredible photo of Phineas Gage himself, dressed in fancy attire as he strikes a bold pose, left eye closed, holding the very iron rod that should have been his passport to the Grim Reaper's lair. The photo, enlarged for publication, was actually a tiny daguerreotype image, and for much of its life nobody realized the identity of the photo's subject.

Twomey recounts the detective work and personal accounts of those involved in locating and identifying Gage's picture. A major giveaway, once the photo was enlarged via modern means, was an actual inscription on the metal bar itself, clearly signifying it as Gage's object of near destruction.

Gage only lived a few years after the accident, and Twomey's article, "Finding Phineas," also shows a photo of Gage's obviously damaged skull (now on display for medical students), and a mask image.

Due to copyright restrictions, I can't reproduce Gage's photo here (it seems, however, to have made its way to at least one Internet site), but I urge readers intrigued by strange historical accounts and early photography to visit a library or procure a copy of the magazine because, while most old publications haven't even been able to describe Phineas Gage, the enlarged photo of this incredibly lucky young man, holding the killer bar as if exhibiting a prized shotgun or trophy, beams with charm, confidence and power more than 160 years later.
Oh yeah, there's a definite rush, just to know that this is the guy we all heard about as kids, and one might detect a bit of a gothic flavor here due to the period clothing. If we didn't know better, we might even think we're looking at a male clothing model from a time long, long ago, and had he donned an eye patch and button-down shirt Gage could have been the perfect Hathaway Shirt model of recent decades. Some might even find Gage's photograph reminiscent of a James Bond movie poster, advertising a dashing secret agent with not a hair out of place.

Indeed, while the lore regarding Phineas Gage sometimes conjured up the image of a snaggle-toothed rail yard roughneck who probably couldn't get so much as a date with a barnyard chicken, the facts reveal an imposing figure and a very nice-looking young man. Regrettably, fate decreed that a tamping rod and explosive powders would assure his legend, but not a long or normal life.
Posted by Robert Barrow at 3:21 PM

Walter Sullivan and the Blink 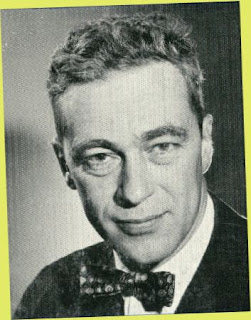 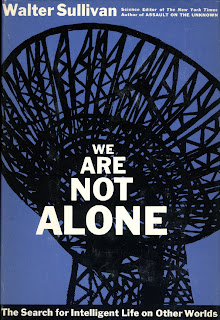 In less than a 1973 millisecond, Walter Sullivan performed a feat on the level of atom-smashing in The New York Times. Science blinked, but quickly regained composure before its rusty armor developed another crack. After all, the debate was over, and those little flaws were always so dangerous to the established order. The mere thought of allowing sunlight's ultraviolet rays in to destroy the carefully groomed molds and fungi of settled and organized science, whose honored and hoary proponents assured us would guide humans forever, almost always sent shivers up the highly educated spines attached lovingly to closed minds.

Confessions of An Irrelevancy, Vintage 2009 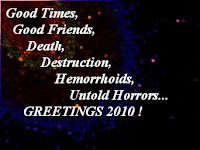 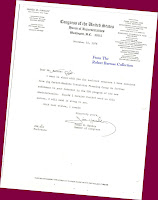 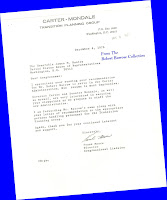 Ah, Christmas and New Year's -- annual occasions when people of good will celebrate religious traditions and/or look back to reflect fondly upon the last 12 months. 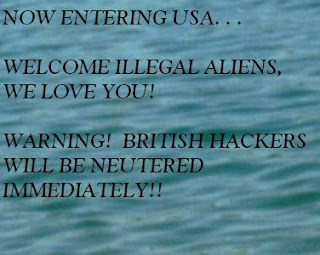