APRO Memories and Something New 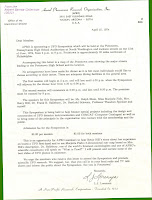 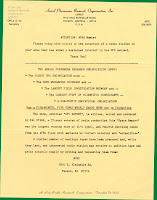 Over the years, I tended to save documents and mailings that most folks would throw out after a time, and today I'm posting a couple more from the defunct Aerial Phenomena Research Organization -- and shortly after I drafted this blog entry there was a new development pertaining to APRO. But first:

The membership letter dated April 25, 1974 actually reached most members about a month later and designates a rare occasion when APRO's Jim and Coral Lorenzen journeyed way back East in the U.S. to offer a UFO symposium. The occasion included a worthwhile speakers' list.

The other sheet was folded into mailings of the APRO Bulletin (May-June, 1975 issue) a year later, touting APRO associate Hal Starr's radio series, "UFO Report." In addition to well-known radio personalities such as Starr, Frank Edwards and Long John Nebel, American and Canadian locations hosted a smattering of UFO-related radio shows in the fifties, sixties and seventies. These were particularly valuable in keeping the UFO subject out in the open and in front of the microphone, a true public service provided long before "Coast to Coast AM" assumed the broadcast throne (which young people probably believe was a "first" -- sorry, not true).

A SIGNIFICANT PIECE OFAPRO's HISTORY AVAILABLE FOR FREE: Frank Warren's UFO Chronicles (see link) noted a few days ago that nearly all old copies of the APRO Bulletin are being scanned and put up for free download at:

I'm a bit ambivalent about this for two reasons. First, I think it's great and a wonderful tribute to the work of the late Jim and Coral Lorenzen and their many associates around the world who truly illuminated the fact that UFOs are a global phenomenon. However, in constant fear, as I am, of copyright infringements and stepping on the toes of those who claim ownership of various publications, I'm hoping that no problems crop up. I've mentioned in the past that I wanted to scan old copies of the Bulletin for this blog, but never felt comfortable doing so. Nevertheless, if this nonprofit venture continues unimpeded, some super UFO history will be out there for instant access, and I could do nothing less than applaud the project. I wrote a few things for the Bulletin myself in days of old, so it's a little strange for me to see these Internet reflections of the past.
Posted by Robert Barrow at 11:57 AM 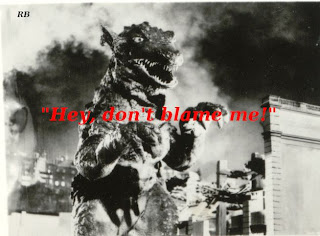 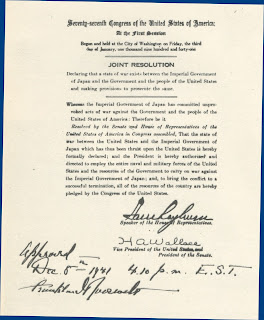 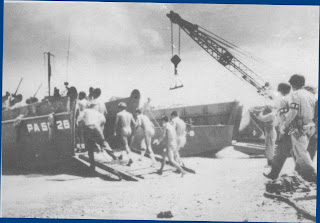 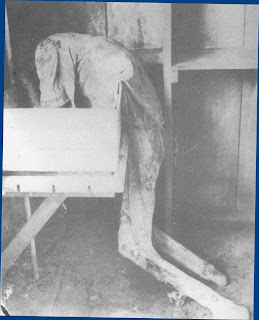 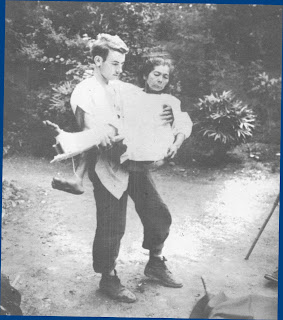 (World War II photos from undetermined government and public news sources: The 1941 U.S. Joint Resolution declaring that a state of war exists between the U.S. and Japan; Stripped of their uniforms, Japanese prisoners are escorted to a carrier by U.S. Armed Forces personnel; A prisoner of war held by the Japanese who died while trying to get a drink of water; An American serviceman identified as Tay Dodds of Canton, Ohio, carries to a waiting stretcher a Japanese woman whose fractured leg had been set and dressed by U.S. Navy doctors.)

Earthquakes. . .tsunami chasers. . .Haiti. . .New Zealand. . .the Japan of 70 years ago compared to its current status. . . Godzilla, Gorgo and other monsters are deemed blameless for the latest tragedy. . .nuclear plant radiation added to a world already on fire. . .our Japanese friends who rejoiced in buying up extensive U.S. parcels and industries during better times. . .voices of dead American WW II military men echo the nearly forgotten words, "Remember Pearl Harbor". . . and please don't forget us. . .but let bygones be bygones, say some. . .as public schools in the U.S. continue to downplay the significance of that historic event. . .and, of course, Japanese terror was our fault, too, children are taught. . .so, is the mother of all tsunamis yet to come?. . .Libyan rebels battle with -- with armaments from where?. . .expensive and high-tech stuff paid for and sent by whom, even before the worthless United Nations entered the scene?. . .as the U.S. slips into yet another armed conflict to help people who will probably hate us later just as much as they hate us now, despite our efforts and expense. . .and just how do we in the U.S. continue footing the bill in futile attempts to save a world of ingrates while our growing deficit anchors domestic needs to immobility?. . .just look at Hillary, she appears to have had it up to here. . .by the way, for the record, pit bulls don't wear lipstick. . .UFOs and nukes must be addressed. . .but, nuclear plants in the United States. . .as we build them in the future, I suggest mounting them upon giant missiles. . .and if we experience a major earthquake or other nation-crippling disaster, have them set on "automatic" to launch the entire nuclear fuel source into the atmosphere, headed with an explosive charge toward the capital cities of our sworn enemies. . .why let a perfectly good nuclear crisis go to waste, to paraphrase an escapee from the current administration?. . .and public unions continue a rampage of sorts as union leaders presumably do everything but have sexual relations during frequent visits to The White House. . .workers of the world unite, oh yes, what a lovely spring day that will be. . .until the bloom falls from the rose. . .while the masses care about little more than sporting events, as wool clipped from their own sheep persona is pulled over eyes twice and thrice blissfully betrayed. . .and drugs yet flow over bodies and borders to anesthetize minds ill-equipped to either teach or learn. . .common sense being dead in the water. . .children of influence. . .children of opportunity. . .but mostly children born of toxicity and poverty. . .but things can only get better. . .until the next disaster. . .magnified via overpopulation and crazies. . .and one day we will learn the hard way that the future is not ours, simply because it never was ours. . .whilst something equally as beautiful and horrible as our species creeps in to replace us as pretenders to the universal throne. . . and brief moments shall tick away on a sidereal clock face, deceptively ornamented with Mickey Mouse-like hands of radium. . .yet, we party on, incapable of understanding that a covert purpose of crying is to absorb, conquer and destroy laughter. . .and the tears always win. Always.
Posted by Robert Barrow at 2:23 PM 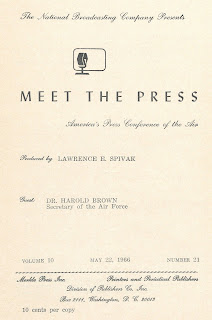 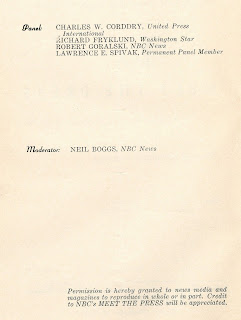 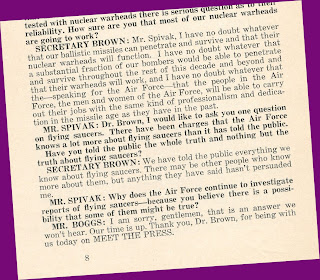 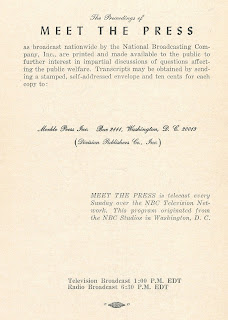 The country was abuzz over UFOs in 1966, and no journalist or commentator worth his or her salt neglected to ask all the wrong people all the right questions -- and sometimes, there just wasn't enough time for the wrong people to regurgitate enough timeworn answers to insufficiently quench everybody's curiosity. This comes from the May 22, 1966 transcript of NBC-TV's "Meet the Press." 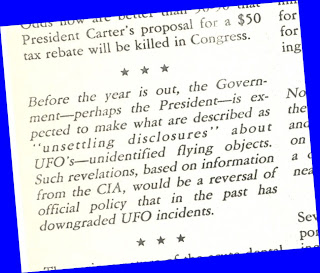 The odor of nostalgia in bloom, isn't it great? Some of you may remember the April 18, 1977 issue of the magazine, U.S. News & World Report, whose "Washington Whispers" column included this stunning announcement. Various explanations have been offered over the years, but even though nothing materialized publicly from this shocker, it's apparent that some personnel in the Carter Administration were not unfamiliar with the UFO subject. You can read more about UFOs, Jimmy Carter and other U.S. presidents at Grant Cameron's Presidential UFO (see link) Web site.
Posted by Robert Barrow at 2:31 PM