If you're away from snow and frigid cold right now, congratulations!  If you're me, however, I'm enjoying both against my will.  Should I sue?  I'll return someday soon, when It's All Over, but for now here's a new visual for your interest, and this 1862 comment really seems to suggest it IS all over! 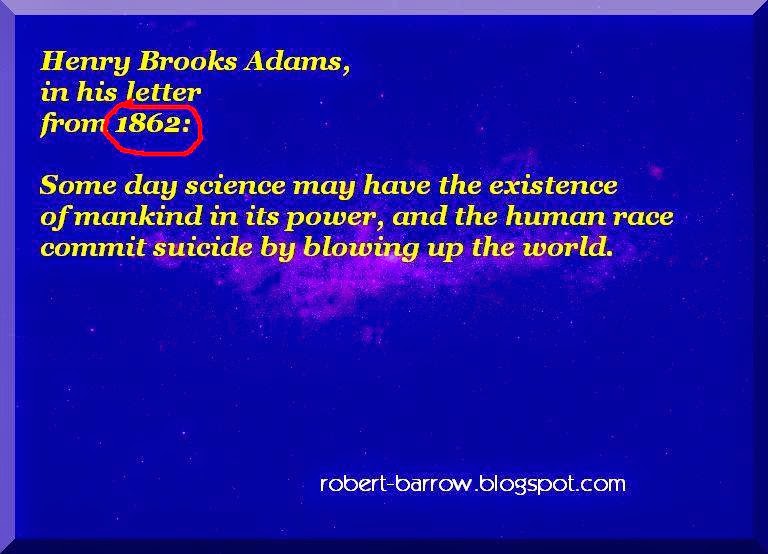 Posted by Robert Barrow at 3:38 PM 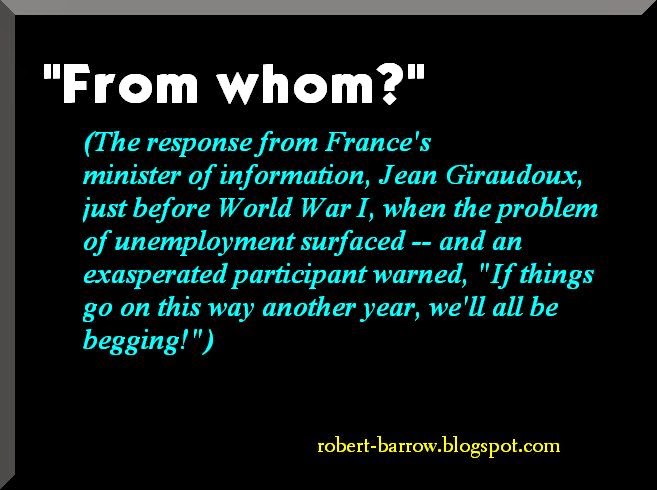 It should have been obvious by last summer that something more than thousands of illegal immigrant "children" from Central America was likely to crash the U.S. border -- compliments, in no small part, of President Obama's gelatinous border policies, and what might be perceived by some as an open invitation to potential border jumpers.

That something more was disease:  Bacterial and viral diseases of dangerous repute, and in some cases diseases we thought were eradicated from our country long ago.

Only now -- and this is almost beyond comprehension to me -- are some members of the media starting to question whether, indeed, measles, mumps, a highly dangerous form of tuberculosis and other "alien" illnesses sprouted from the border, from whence came thousands of uninspected, unvaccinated, untreated individuals, medical histories thoroughly unknown -- people whom the Obama bunch proudly and quickly dispersed all over the country like demon seeds from unlabelled packets acquired from trash cans.

This is not brain surgery.  All one need do is look at  early  maps displayed by media sources just days ago, where the Southwestern United States, including California, indicated the origin of multiple illnesses -- which subsequently spread all over the country.

Predictably, however, mainstream media mouthpieces, for the most part, remained off  trail, focused instead upon troublesome hometown parents who just won't vaccinate their kids.  No, it matters not WHY diseases which disappeared long ago have resurfaced.  Better to blame parents first.  Think this is bad?  Wait until the really good infectious stuff grows feet and walks over the borders.  Expecting to be saved by the Centers for Disease Control or the Food and Drug Administration?  Okay, trust whom you wish.

Of course, you're familiar with those stories about crazy people who write letters to the White House all the time?  Well, since allowing e-mails years ago, I'm sure the nut material continues to grow, and I'm sure I could be thrust into the mix because I sent an e-mail (unanswered, natch') to the White House bunch wayyyyyyy back,  last mid-July,  and my first draft (which actually is pretty much the same as my final copy) looked like this:

I'm a Vietnam Era veteran, subject to the military draft, who instead enlisted in the Air Force, and over the course of four years assisted in treating thousands of patients in USAF hospitals.  What I am NOT is a U.S. president of considerable privilege, engaged in a hissy-fit because I can't get my way regarding immigration -- and taking it out on essential border security personnel and valuable health care workers, exposed to a range of profoundly serious diseases and chores for which their talents were never intended -- as adults, children, gang members, probable terrorists and invading nationals from countries not even on this continent flaunt our laws in apparently well-organized waves.  Worse, Mr. Obama is shipping these folks all over the country, exposing Americans, near and far, to potential untold illness, crime and expense, all with the consequences of changing this country and plunging it into chaos with characteristics of the Third World.   The evidently established fact that this onslaught was anticipated back in January or previous to that puts this Administration in a very bad light.  President Obama could end most of this in days simply by putting the National Guard and/or other military personnel on the border to stop these folks from even encountering our convoluted legal system -- and we do have laws which this Administration merely chooses not to enforce.  Mr. Obama took an oath as president and appears unwilling and/or unable to carry out his duties and responsibilities to protect the USA and its people, and as this becomes increasingly clear, I must confess an inability to understand why people both high and low in this Administration haven't yet been arrested, led away in handcuffs and put on trial for reasons and actions best known to the legal system. There's a word for the appropriate accusation, but I won't use it here. Obviously, this president, who claims a background in  constitutional law, needs to come forward and explain to the American people exactly which country's constitution he currently references, as he may harbor a little confusion or intent over the differences between acting as a U.S. president and dictating as a king.  In the meantime, it is my opinion that every military veteran or active duty person who ever served this country honorably has been slapped in the face by this president's actions and possible lawlessness, something that not even the temporarily unrestrained rabidity of Executive Orders can fix.

Again, that was sent last July.  I should not have needed to engage in such strong language, but we apparently host an administration intent upon doing its own bidding, and to hell with the ("elections have") consequences.  Impeachment?  Why impeachment?  Why not just cut to the chase and make some arrests of folks who, when it comes to the borders, have gone all out to place the citizens whom they swore to protect in medical jeopardy?  This isn't just Obama-bashing -- he has a whole community of collaborators willing to jeopardize us all to attain goals of which most of us wish no part.  And it's not merely a Democrat vs. Republican issue.  As we can see by the apparent breakdown of all the tough talk we heard from Republicans before the elections regarding immigration and Obamacare, promises are lies and lies can be promises.

Children and adults die from diseases that should not exist within our borders, and I doubt that one can place blame strictly on international airline flights or the like.  But I am confident, simply as a plain old moron American who sees what he sees, that we can blame this administration for much among current health issues, and when it comes to exposure and death, maybe a little consideration of negligence, criminally negligent homicide, manslaughter or even murder should be entertained and administration entities arrested, tried and, we hope, convicted with a ticket to long prison sentences.  Impeachment?  Seems as though the justice system would be obligated to step in and accompany the niceties involved with that slick, but imperfect process.  As if we currently have a legitimate Department of Justice to do the job.  So surprise us already.  We, the American lab rats and human Petri dishes.

(What if, by the way, the seemingly frantic push to pour "fresh" people into the U.S., no matter what, relates to fears that just a few years down the road most Americans might be consumed either by autism or Alzheimer's?)

The current definition of White Privilege:   Jeb Bush and Hillary Clinton.  That just about covers it.

Valentine's Day arrives this month,  and we remind those of us getting along in years that eventually love is right around the coroner.  Right around the. . .see what I did there?

The Jordanian Pilot:  Death by Fire.  The expressed anger and outrage on the part of Jordan's king over the savage torching of his military's pilot is encouraging -- at least Jordan has a national leader who holds nothing back and acts appropriately, unlike "some" who seem unable to make a move without worrying about following to the letter what some university textbook or leftist foreign policy booklet dictates.  ISIS, a highly extremist Islamic hive representing terrorists in some 11 countries, has presented to the world the ultimate torture video, and one hopes Arab states and other countries which, until now, seemed unconcerned, unaware or scared to death of this herd of maniacs will step forward and vow to stomp this brutal Muslim Brotherhood offshoot tentacle to pieces.

Among my duties in Air Force physical therapy  way back when  was the treatment of burn patients, and once you find yourself engaged in taking a scalpel and painstakingly cutting layers of blackened, burned skin off charred human beings who suffered severe, life-threatening war injuries or fire-related incidents, one gains an appreciation for the degree of hell the Jordanian pilot must have endured.  Personally, I'm a proponent of holding grudges, and I hope the human scum colony responsible for performing this horror upon the pilot and a multitude of other folk enjoys an equal-opportunity favor returned someday soon.

Brian Williams:   Good grief, can we just use science to resurrect the late Tom Snyder, one of the last good things about NBC, and try him on the news desk again, as they did in Los Angeles?  Sometimes I regret that I'm old enough to remember David Brinkley and Chet Huntley.  News was news and journalists were journalists.
Posted by Robert Barrow at 4:26 PM