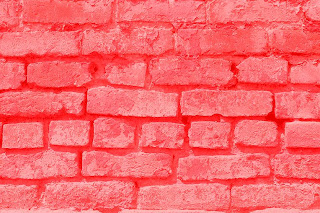 To the young people of Iran, pursuing a courageous quest for freedom and fair elections:
Some time ago, I posted an official document on this blog concerning a famous Iranian UFO incident, and I would much prefer to confine my words today to the UFO issue. However, since my government has decided to tiptoe with maddening caution (at least publicly) around the situation as many of you fight and die to gain a modicum of something resembling freedom and self-intellect, maybe it's up to little people like me to say a few words in support of your valiant efforts.
Most of you are probably much too young to remember the days when the U.S. and Iran were actually on friendly terms, and during that time when the Shah of Iran ruled, many of your people were also dissatisfied with conditions in your country. Still, as I said, we in the U.S. got along with your government.
While undergoing U.S. Air Force medical training in the sixties, I attended classes and lab sessions with some gracious young Iranian women, visiting in the U.S. as foreign exchange students, and they were always very cordial and curious and so willing to learn about medical subjects. Later, I served at a pilot training base where many Iranian Air Force pilots learned to fly from the best flight teachers in the world -- American military pilots.
It's almost incomprehensible how the relationship between our two countries deteriorated so horribly, though I suppose the fingers of blame can be pointed in several directions. In any case, it has become obvious that you, the youth and future of Iran, want a voice in your country's destiny. Your current rulers certainly haven't demonstrated a concern for much beyond self-serving policies and prophecies. How could you not be upset? How could you not become enraged as you find yourselves denied all to which you feel entitled?
As a United States citizen, I wish you success and victory over those amongst you who are determined to hold you back. Always remember that the people who rule and hover over you with an iron fist today can be gone and -- their worst fear -- become irrelevant tomorrow if you stand together. This will sound awfully trite, but -- the world is watching. Good luck.
Posted by Robert Barrow at 2:58 PM

The Fish That Flew 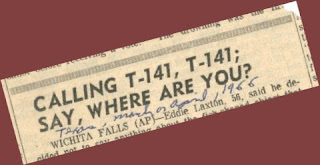 A very intriguing Oklahoma "fish story" surfaced in early 1966, about 2 1/2 years before my Air Force assignment to medical duties at the large Sheppard AFB Regional Hospital in Wichita Falls, Texas. According to an Associated Press report, 56-year-old Eddie Laxton, an electronics instructor at Sheppard, was driving to work on a typical morning from his home in Temple, Oklahoma on U.S. 70 when his journey was suddenly interrupted by a fish-shaped object blocking the highway.
This surreal incident, engulfed in early morning darkness, became even stranger when Laxton exited his vehicle and approached the silvery object. Seeing what appeared to be a man dressed in military fatigues, Laxton returned to his auto for a camera, but as he did so the mysterious figure entered the craft and it ascended, disappearing in the darkness.
Questioned by the press (the Wichita Falls Record-News took care to assure readers that Laxton was "a calm, stable sort"), the witness insisted the object was not a helicopter because he was familiar with helicopters and the thing he witnessed had no rotors. However, he claimed that it did carry numbers, and though he couldn't see the whole series he believed they began with T141.
The electronics expert (former publisher of the Temple, OK Tribune) decided to remain silent about his encounter -- until Snyder, Oklahoma truck driver C.W. Anderson announced that he, too, had observed the craft , and that he and a fellow trucker had, indeed, seen "several" in the past few months.
Many bizarre UFO-related incidents erupted during the sixties. Was this another? Is the term, "UFO" even involved here, or was this a secret military project? In the early morning Oklahoma darkness, who knows? If a military man attired in fatigues was present, why would the military find it necessary to park the thing on a highway, inconveniencing motorists while also allowing them a gander at a secret aircraft? No rotors, yet it takes off vertically? The AP report mentions nothing of noise or flame, so one might assume the absence of jet engines or conventional propulsion systems. An Oklahoma highway, it seems, wouldn't exactly consist of prime real estate for frivolously landing, taking off and buzzing about with secret test vehicles. Then again -- the witness's account clearly described a figure in "GI fatigues" and a significant portion of a clearly discernible number on the craft.
In the Air Force, of course, I knew pilots who could and would land anywhere, if necessary, Still, if the object looked like a fish and not a bird, one might logically suspect, hmm. . .Navy involvement on an Oklahoma highway? Um. . .
And, remember, the year was 1966. Nowadays, there are so many weird government things flying around that separating legitimate UFO cases from the military what's-its is often a complicated chore, and when one adds deception, deceivers and heightened methods of assuring national security to the mix, well, good luck with that. Ah yes, how we long for the good old cut-and-dried days when a lie was the truth, food wasn't chemically altered and a UFO was a UFO. . .
Posted by Robert Barrow at 1:17 PM