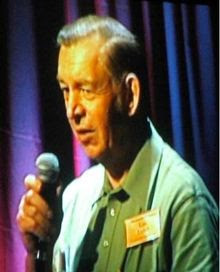 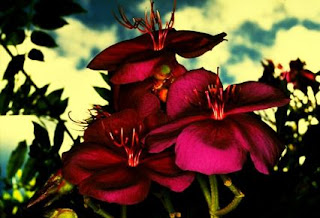 It's awkward for me to post a blog entry (see previous) about the death of an allegedly evil, homicidal person attached, unfortunately, to the UFO subject, and then follow it a few days later with a tribute regarding a truly kind, dedicated man whose name, writing and influence was known among UFO investigators throughout the world for decades.

My first encounter with Arkansas native Lucius Farish occurred in the late 1970s, when he was writing the popular "In Others' Words" column for each monthly MUFON UFO Journal. To my surprise, Lou not only mentioned an article I wrote for one of the national "newsstand" magazines -- he actually praised it. Anybody who would actually say something positive about my writing obviously required questioning, so I immediately sat down and typed out a letter to Lou on one of several old used office typewriters I kept around the house.

Thus began several years of typed correspondence between Lou and I, he at that time the resident of a town called Plumerville, and I came to know him as very well-informed, intimately involved in UFO research and proud as can be of the annual Ozark UFO convention he ultimately put together. His inspiring, articulate letters reflected not only extensive knowledge of UFO history and current events, but an upbeat sense of humor which never failed. His articles appeared in numerous publications over the years, and though some of his opinions may have seemed extreme to some (for instance, he was a bit more supportive of some contactee claims than others may have been, if they accepted any such claims whatsoever), he didn't shirk from taking a stand on issues of controversy, whether involving UFOs or topics of the paranormal. Along with Rod Dyke, he regularly churned out UFO Newsclipping Service issues, a monthly compilation of photocopied newspaper articles about UFO reports throughout the world. [Note: the UFONS issues were eventually published by Farish alone, and years later Dyke reacquired the responsibilities, and UFONS finally ceased publication only recently.]

Years passed and the letters between us became fewer and fewer, and by the time e-mail became routine we were only in contact on rare occasions in recent years. I think the last time was in 2006 or 2007 when I posted information on this blog for people interested in attending the Ozark UFO conference.

I remember asking him years ago about his first name, as Lucius -- an old name -- doesn't seem that common anymore, and I've certainly never met anybody else named Lucius. In response, with laughter, I'm sure, he stated that the worst part about having that name is the letters he sometimes received addressed to Lucille Farish!

And, hmm, oh yes -- seems that Lou once expressed considerable gratitude because the American voting process had succeeded in getting Bill and Hillary Clinton the heck out of Arkansas.

Other than the conferences, Lou Farish avoided occasions enhanced by TV cameras ("I still do radio interviews occasionally, but not as many as I once did," Lou wrote in a 2006 e-mail. "No TV, as my face is much better suited to radio!"), though he did enjoy appearing with Errol Bruce-Knapp on Errol's "Strange Days. . .Indeed!" radio show a few years back. In February of 1979 Lou did a 30-minute interview for the Arkansas Radio Network and, since I carefully noted that factoid on a 3x5 index card, that probably means I have or had a tape of that interview stored somewhere safe. And apparently, so far, invisible.

Of course, Lou will be missed. The losses, the names, appear to pass by faster and faster, each leaving without answers, reluctantly leaving the UFO mystery's solution for others to discover. Maybe.

(To read his obituary, proceed to www.harrisfuneralhomes.net)
Posted by Robert Barrow at 5:52 PM