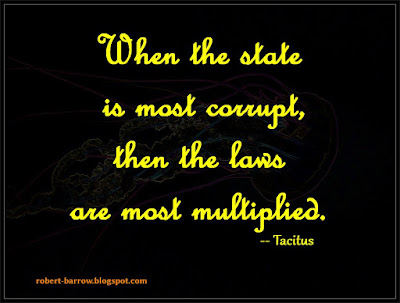 It might be my nature to believe that the slight loosening of government silence about UFOs would count as one of 2019's biggest stories, but right up there with new ufological revelations may be the latest coup pulled off by Project Veritas.

Well known for candidly encouraging the extreme left to bust its lies, hidden failures and inanities wide open as words and images are secretly recorded, this time PV hit the jackpot by learning directly from Google's significant inner echelon that algorithms intended to exclude conservative references from the Internet are purposefully being loosed upon the Web, intending not only to ban conservative thought, but particularly to make sure that Donald Trump is not re-elected President.

Project Veritas and James O'Keefe must be on to something, for it didn't take long for PV's recording to be removed from YouTube and references to it from Twitter and other sources.

Which is to say -- not surprising to many on the right who use major Web players to impart vital information about leftist lies -- voices are banned simply for being on the "other" side of political thought.

All across the Web and its search engines, a frightening weaponization against the left's opponents has been on the move for some time, and the implementation of algorithms creeping step by step will, unless curbed, do more to encourage single-party rule than any propagandized system ever.

How strange, in fact, that the left, so wrapped up in fantasies of Trump's collusion with Russia, apparently colludes with insurrection in literally erasing or altering facts and history.  REAL collusion among the major Internet players, every one dedicated to socialist views!  Bad things which happen certainly aren't native to Facebook.

George Orwell should be alive today, because authoring "1984:  Part Two" could easily be based upon current events.  The concept of freedomless speech or speechless freedom is as far from American values as one can get -- yet, here we are.

(Google owns Blogger, the very entity upon which this blog appears.  Shall bloggers also worry about being banned or censored extensively at the whim of politically agenda-driven algorithms, as options for First Amendment freedoms are explained away or spirited away in silence?)

The Democrats' two-day debate & hate fest:  The first night proved agonizing, as expected, and watching the second easily exceeded the pain of an overnighter at a torture chamber as this joyless bunch of radical hopefuls joined together, unable to express love or appreciation for anything traditionally American.  Never has it been more apparent that a re-taking of the White House by the Democrats -- the radical bunch now in charge -- could end America as we know it and put us on a fast track to socialism (and those more in tune with politics than I will readily suggest that there's really no need to call communism socialism).

The second night was especially noteworthy when ALL candidates raised their hands to express support for giving illegal aliens health care -- paid for by American taxpayers, of course, who would be better off if the billions or trillions of dollars required to doctor border jumpers were instead put into education, infrastructure, saving Social Security, paying down the debt, and making sure returning combat veterans receive care instead of a road to  homelessness or profound mental deterioration.  Complicating second night debate matters of immigration was speaker Pelosi and her colleagues' stated goal to allow all immigrants to cross our borders freely, free of criminal charges..

Yet, just as no Democrat presidential candidate would say so much as one word about the thousands of homeless people populating Los Angeles streets thanks to Democrat policies ruinous to California government for decades, nor was consideration given to the hundreds of thousands of jobs set to disappear as artificial intelligence -- and robotics -- take over formerly human chores.  Welcoming endless hordes of people with no job prospects can do nothing but increase hopelessness and violent crime rates.

While some candidates (and TV news person Jose Diaz-Villard) attempted to impress, we assume, illegal immigrants by speaking Spanish briefly, no one addressed the importance of immense numbers of people, unwanted and unneeded, whose sheer volume threatens our culture.

Numbers, sheer numbers override compassion.  Those numbers include children appealing to our senses, intended fully as battering rams and free passes for entry into the country.  A father and daughter from Central America drown while trying to cross the border?  To listen to the media, one would think Trump himself held them under water, when the responsibility actually falls upon the father.

Let us not be fooled by burglary tools from other countries disguised as children.  The national lifeboat will sink.

The appearance of Rachel Maddow as a co-moderator both nights was something of a surprise, yet it was probably just what the media ordered, considering that just days before the debates her national audience ratings were in the. . .the. . .so what's lower than a toilet?  Obviously, this was an attempt to re-assert her popularity -- and we say, good luck, considering that as soon as Trump's Russian "collusion" fantasy blew up in Democrat faces ratings for CNN, MSNBC and other bastions of fantasy journalism started and continue to plummet dramatically.

This incredible pack of leftist, single-minded lemmings will debate all over again in July, still offering no rational solutions to major problems whatsoever, but more than willing to tax and legislate useless control over nebulous "climate change" options, promise criminal aliens open borders, free health care, free college and Medicare for all (once you emulate England's national health care system, you're in serious trouble -- and ending private health insurance for 180 million people currently happy with their plans won't work out well).  The white middle class will be particularly targeted and without actually saying the words, Cloward and Piven (look it up) these dangerous and pathetic clowns will lay out a litany of ways to bring America to its knees so they can rebuild the country in a socialist image which has never worked anywhere on the planet.

If one wants to become Cuba or Venezuela, by all means vote Democrat next time around, because a centralized government and iron-grip control over one's destiny and dreams is all they have to offer.  The crisis is here, and those who harbor doubts about the direction the country could take need only stay in touch with the two college campus news links we've included in the link list (Campus Reform and The College Fix).  The crisis is here.
Posted by Robert Barrow at 7:21 PM