Yes, We Have No Petitions 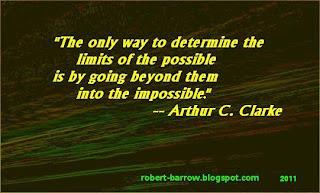 I confess to having signed a reveal-the-truth-about-UFOs petition or two in recent years, but I'm not likely to do so again anytime soon. Not trying here to sound like a TV psychic, but I expected nothing less from The White House this month than for its public info handlers to go running, not to extensively documented sources indicating that somebody else from somewhere else seems to be flitting around and influencing us in some strange way, but to a preamble from the Condon report or to faded, dog-eared print-outs from Air Force "fact sheets" of the eighties. Wherever the Obama folk went for their dismissal, you can bet that they just wanted this bugaboo out of the way in order to concentrate on all the other things that won't get done right.

As they say on the streets, word to your mother: I know how this works. For decades I wrote presidents and members of Congress about the matter of UFOs. The official brush-off is so polished and so repetitive and so kindly put that inquiring minds, once dismissed with literate gibberish, may feel blessed just to have received a response. Yes, form letters can be hypnotic. Wow, lucky me, a letter addressed to me from higher up, and it says. . .oh. . .well, at least they answered. . .

While so many writers and researchers, including me, have been wrapped up in fits over Dr. Ed Condon's Colorado report on UFOs -- which obviously raised more questions than it answered -- my kick in the pants occurred years before its release. In 1964, the same year I joined the (gone) National Investigations Committee on Aerial Phenomena, NICAP released its exhaustively documented report, "The UFO Evidence," and a copy (free complete download available at nicap.org), as intended, was given to each and every member of Congress. Additionally, this was truly the year of the UFO, as reliable and dramatic UFO reports began showing up all over the world in a wave even before the report's release.

Encouraging responses from Congressional offices were polite, but nowhere near what NICAP's Donald Keyhoe, Richard Hall or other key participants envisioned. Supportive newspaper articles and media talk shows kept the subject in the limelight for a bit, but the glow of positive publicity dimmed quicker than a campfire doused by a summer thunderstorm. Instead, as time went by, negative Air Force statements gained some prominence, seemingly popping into view whenever UFO activity received public notice. An episode of ABC-TV's "Les Crane Show" (see my earlier series of blog entries re this program) became a UFO ridicule fest that fit right in with uninformed conjecture about the UFO phenomenon sweeping the nation, thanks in no small part to debunkers and the wide media reach of government denials.

So I ask -- if thick, extraordinarily documented reports about UFO activity given to every member of Congress were politely received and then tossed aside for the most part in 1964, just what did we anticipate from current petitions sent to The White House? What if the best we can ever expect in return is another Condon/Colorado style "study," next time worse than the last? You know, to get us off everybody's back, easily accomplished with another measly $300,000 of government funding -- just enough to make the shadows go away.

Me, I think the answer to taking action regarding the truth still lies in Congress, but I'll be darned if I know how to make people of generally conventional thinking delve into the seemingly unconventional, even when astounding evidence overtly (and apparently quite covertly) abounds. Unfortunately, the viability of most issues becomes dependent upon the enhancement of one's chances for re-election, and UFO evidence has never created the winning ticket.
Posted by Robert Barrow at 12:40 PM