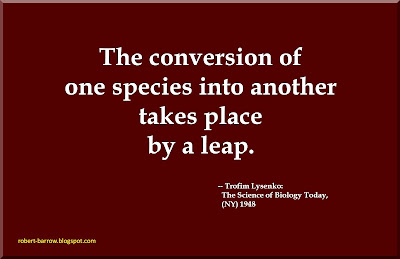 The emergence of a new coronavirus in China may not result in the ultimate pandemic, but better options for prevention in the U.S. would be reasonable.  First of all, if you happen to be an American living in or visiting China, we should not be sending airplanes to bring you back.  We may believe we're champions of the quarantine process, but it only takes one tiny error to promote medical chaos.  What happens in China should stay in China when world health becomes an issue, and Americans in foreign lands should immediately become as eligible for quarantine as anybody else.

Nor does sending potential disease victims to military bases in the U.S. for quarantine make any sense, no more than housing illegal aliens, all of whom threaten American military personnel merely as incubators of infection.  We need our military personnel healthy and strong, and despite assurances from multiple government agencies, opening military locations up to even the tiniest quarantine error could spell national disaster in a world of American haters anxious for pandemonium here.  Yet, new reports indicate that the military, perhaps taking a clue from China, is assembling quarantine centers near several bases.

Instead, like "refugees" as widely defined, why not transport potential virus victims to sanctuary cities, obviously crazy about accepting anybody, no questions asked?  Or how about housing these folks in palatial Hollywood edifices and estates, many of which exist merely for the self-worship of utter celebrity?

Congratulations to the Obamas for being awarded an obligatory Oscar regarding a factory docu- something or another they put on film.  This momentous occasion reminds us fondly of the Nobel Peace Prize Barack Obama received early in his presidency for doing absolutely nothing -- an accomplishment eerily, we fear, about to be reproduced as Sweden submits the name of Greta Thunberg for a Nobel.  We wonder if the poor child, now apparently 17, can even pour and drink a glass of water without her parents' managerial intellectual input and consent.

We offer young Greta some advice before she continues to go whole-hog on the climate change issue:  If scientists affiliated with NASA and other research ventures are correct in their assertion that a regularly scheduled "solar minimum" phase (we're talking about a paucity of sunspot activity as the sun sort of takes a nap) may be about to influence and cool down the Earth and neighboring planets for several years, "global warming" may not only be desirable, but absolutely crucial for our survival.  Or not.  Never mind.

Save the planet?  The Earth will be just fine, with or without us, particularly without.

The Oscars presentation on TV did not bomb out, but viewership was millions less than last year.  Too bad, all that brainy content espoused by the smartest people in the world missed by a television audience obviously too not-woke to tune in.  Unimpressed as we were with sheep-herded political comments by the stars of cinema, we at least had hopes that Brad Pitt's interesting comments would be inspiring and uplifting -- until he had to throw in regrets about John Bolton's lack of an interview during the Senate impeachment doings.  For Chis'sake Brad Pitt, don'tcha know the man just wants to sell a book like any other normal celeb?

Rush Limbaugh receives the Medal of Freedom from President Trump:  Why stop there?  If one wants to offer profound thanks to radio hosts who influenced public opinion in their own inimitable way, don't forget Long John Nebel, Frank Edwards, Brad Crandall, Gene Reynolds, Joe Pyne and, oh, so many more -- not to mention talk show hosts whose range extends no further than their home communities.

Police shootings in New York City:  Attempts at police "assassinations," according to mayor De Blasio who, strangely, has not been very supportive of law enforcement personnel in his city, perhaps echoing similar attitudes in other cities perpetually ruined by long-term Democrat subjugation-by-administration.  Having cautioned his own son that police officers are an entity to fear, De Blasio's sudden turnaround seems political in nature, nothing more, nothing less.  NY City:  Kick these phonies out of office, from NYC to Albany.  Criminals now own the streets with the help of an unyielding Democrat legislature.  Nice to see NYC cops mad as hell at this fool of a mayor.

Frankly, it's amazing how law enforcement personnel, who protect gun-hating NY politicians with the very weapons which ordinary citizens are often denied without great difficulty, can continue to protect officials who apparently despise the tools of their trade.

Oh, Canada:  Blackface freak Justin Trudeau wants to license members of the press, apparently in some lame attempt to clean up the news.  Not only is this frightening, it's also a maneuver we in the states should probably expect in the near future.  Beware Canada, beware USA.
Posted by Robert Barrow at 7:13 PM