Liars, Misleaders and the Gods of Omission 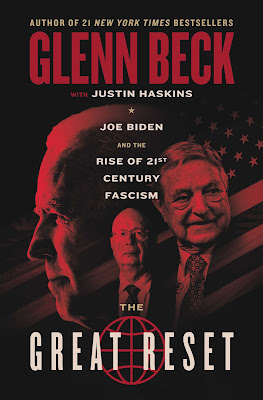 Except for millions of Americans who continue blindly to accept every dangerous and absurd action perpetrated by an out of control authoritarian government aided by giant corporations and the complicit media, and we do pity our neighbors for their willing ignorance, it appears that millions more have at last seen the unraveling of a homeland right before their very eyes.

We should and must be appalled that local TV news reporters almost everywhere no longer do the things required of true journalists.  Now, local affiliates simply hire reporters with pretty faces who do little more than mouth the party line when it comes to stories about Covid, the economy, "climate change," and a myriad of other issues which unsuccessfully cry out for investigation on local levels.

And then there are the national TV networks, the god-damned purveyors of what the Biden administration and un-elected agenda-ridden government bureaucrats want you to know, but nothing more.

I directed my attention this week to an ABC-TV nightly news program, paying special attention to a story about Sen. Ran Paul and others questioning the ultimate in science himself, Dr. Anthony Fauci.  We know that Paul engaged in some heavy questioning of Fauci, but the only aspect ABC concentrated upon seemed like making Paul out to be a bully castigating the poor, poor doctor unfairly (even a still photo of Paul appeared monstrous in its countenance).

Where was Sen. Ted Cruz on ABC for that matter, questioning the FBI about its possible participation in ramping up the January six riot and receiving little but FBI refusals to answer question after question?

While Sen. Schumer and Biden concentrate their efforts on changing states' voting laws in order to almost guarantee a one-party system in the USA, the networks are delighted to avoid telling us what we truly need to know, concentrating instead upon celebrities, glitz and tragedies inconsequential to our lives.  We learn that actress Betty White died from a stroke, but we've nary a clue from Big TV how the World Economic Forum and "The Great Reset" are strangling our nation and individuality step by step.

If you get your news exclusively from mainstream corporate media and leftist Internet sources, you're already screwed.  The remaining vestiges of truth -- which in some instances have evolved from conspiracy theories to actual conspiracies (the Covid immunization "terrorists", for example) -- are found in large part on talk radio and on those pod casts which some conventional media corporations seem ever so disturbed about and wish to ban.

Funny how the Biden folk, including the Dept. of Education, seem all-out for investigating "domestic terrorism" at school board meetings and in other places where people who may oppose their views congregate.  The fascists are here, masquerading as anti-fascists while slithering into our lives and attempting to devour everything good.

That pathetic V-P Kamala Harris would actually make a comparison between January six and the horrors of Pearl Harbor and the Twin Towers Islamic-orchestrated tragedy illustrates a person who is either extraordinarily ignorant of history or is just riding the authoritarian agenda into brains of the stupid and gullible.

The only good thing that happened this week was the non-televising of the "Golden Globes," because we were spared the customary America-hating political speeches mouthed by the unquestionably most stupid, yet negatively influential people in the nation.

I'm doing something today that I strongly oppose under most circumstances:  I'm recommending a new book I haven't even seen yet, and it belongs with you, your community library and (fat chance) on school and college shelves.

It's Glenn Beck's The Great Reset, just published, and he explains how the homegrown and international elite are stealing our wealth and, especially important, our future.  I've heard Beck's show enough to know the what and why of the book's contents, and Beck himself assures doubters that he includes 50 pages of footnotes and sources.  What he lays out isn't some future possibility -- it's happening right before our eyes, thus the turmoil we encounter.  No, it's not ALL Covid, and in fact Covid coupled with managed "climate change" fears gave authoritarian elitists the ultimate opportunity to move in for the "kill."

As Beck suggests, the fascists of World War II have been reborn, surfacing here and abroad, and without our opposition it will be a new terrible day in America and in the rest of the world.  How frightening is it that government representatives, corporate moguls and media executives right here in our country are apparently involved in changing America by going around constitutional protections?  Know current affairs and know a threatening future.
Posted by Robert Barrow at 7:17 PM

Unless otherwise noted, all entries are property of Robert Barrow, to be reprinted only with my permission, please. To CONTACT me via e-mail please address your note to me as follows: TYPE rob_wildwinds AND THEN TYPE @yahoo.com